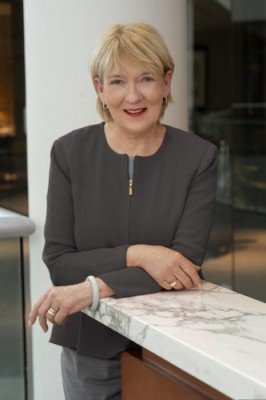 Modern Healthcare has named Nancy Howell Agee, Carilion Clinic’s president and CEO, one of 2021’s Women Leaders Luminaries that recognizes executives whose careers have been defined by reshaping the industry. They are perennial figures in Modern Healthcare’s recognition programs.

Agee is a nationally recognized health care leader and past chair of the American Hospital Association. She was first named to Modern Healthcare’s biennial list of Top 25 Women Leaders in 2017 and is perennially among its 100 Most Influential People in Healthcare.

“Honorees of the 2021 Top 25 Women Leaders in Healthcare award program have a mission to combat the longstanding imbalance of gender equity at the top rungs of leadership by promoting and hiring more female executives. They serve as mentors and create workplaces that embrace diversity and inclusion. And last year, they did this all while guiding their organizations through a global pandemic,” said Modern Healthcare editor Aurora Aguilar. “The honorees, chosen out of hundreds of nominations, represent passionate leadership and measurable results in bringing greater diversity to the C-suite and beyond. Because of the importance of these efforts in improving healthcare, we also are excited to announce that from now on we will be recognizing these outstanding leaders every year. Congratulations to the Class of 2021.”

The profiles of all the honorees are featured in the February 15 print issue of Modern Healthcare and at ModernHealthcare.com/topwomenexecs.

“Nancy’s superb leadership continues to earn national recognition and bring honor to our entire organization,” said Carilion Board Chair James Hartley. “We are so proud of her and it’s apparent that her peers across the country are, too.”

Nancy began her career in health care as a nurse and gradually assumed executive leadership responsibilities before being named President and CEO in 2011. She co-led Carilion’s transformation from a collection of hospitals to a patient-centered, physician-led organization that included creating a public-private partnership with Virginia Tech to form an allopathic medical school and research institute. She has championed diversity and inclusion throughout her career.